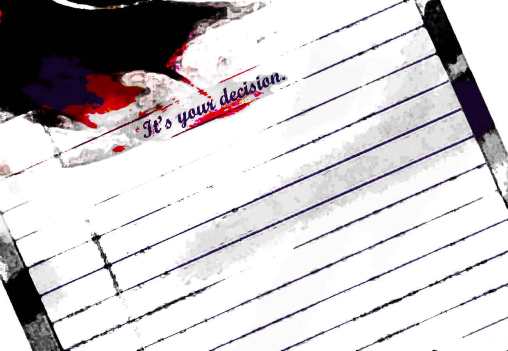 “Manipulation: Lesson A”
By
Danny Krivosh

I liked the way you couldn’t say who matters more.
You raised me high to face a greater deal that was in store for me.
You know it’s me.
No. you don’t.
No one said that giving up is right.
It’s no one’s fault.

I liked it when you said you can’t believe how close we got.
I guess I felt some similarity;
Not surprised though – you’ve been caught.
To be placed right where you’ve put me was a secret little goal of mine.
Let’s have some more of that whine.
Tell me once more how you don’t mind.
You don’t.

No matter what they say; you’re the one in charge, aren’t you?
You’re the one who’ll put an end the second you have felt a punch.
Now, sure.
You’ve been cheated several times.
Similar crimes.
But this is different cause you only see it if & when I write it down.

How tragic.
The flaws of magic.
You better stay away.
I guess I could have.
You should have.
You deserve the truth & so much more.
I think I’m set right here on my second floor.

“Oh no, oh no, he can’t say what’s on his mind”.
Cause it’s not! It’s completely off.
That is why I said that something died;
And something keeps on dying every time you speak of someone else,
My multiple case of minor obsessions phase.

I am trying to get over it by using anyone I can.
The evidence is every single call we have & every song I send.

I wrote it down.
You have yet to come up with a thing to say.
This next line is crucial; it’s Manipulation: ‘Lesson A’:
This whole thing was meant to make you say: “It’s my decision, I choose to stay”.